Brighter Than Today: A Secular Solstice 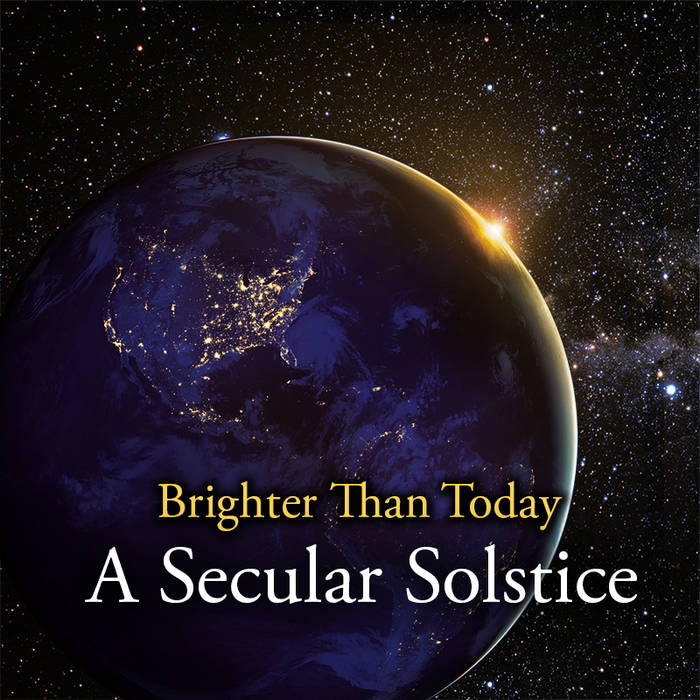 For thousands of years, in the dead of winter, humans have gathered together, telling stories of fickle sun gods, singing songs and made sacrifices.

We've changed a lot since then. We've grown stronger and wiser as a species. And a lot of the old stories we once told... don't really make sense any more.

But there's still something beautiful, about coming together on the longest night, joining your voices as one, and singing about things that are important to you. So last year, several communities came together for a Secular Solstice, to celebrate the story of humankind.

These are the songs we sang that night - music honoring the people of the past, who labored long and hard to build our modern world. As well as making a promise to the people of the future, to carry that torch forward.

Bandcamp Daily  your guide to the world of Bandcamp

Interviews With Butcher Brown and Slauson Malone, plus LP of the week by SAULT.